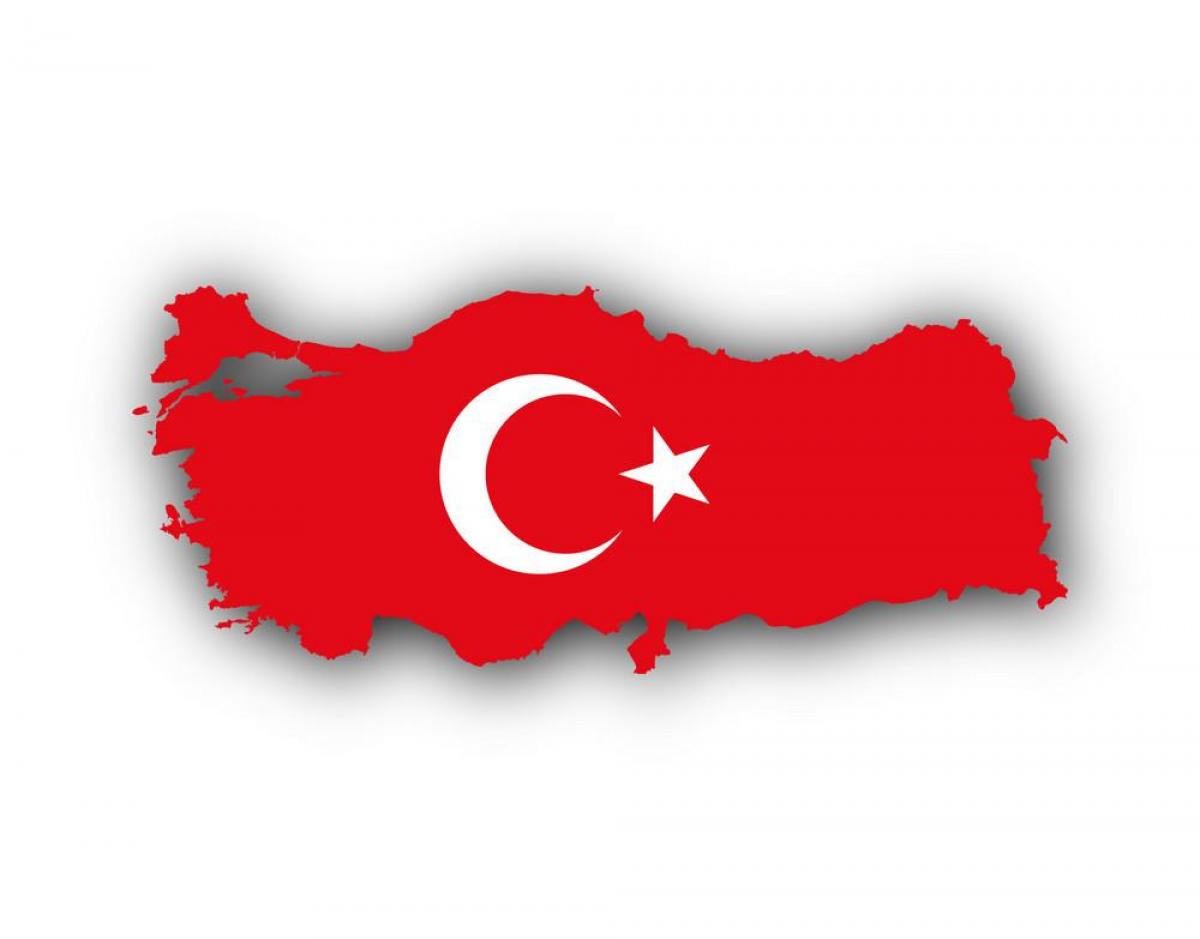 The flag of Turkey (Turkish: Türk bayrağı) is a red flag with a white crescent moon and a star in its centre as its shown in Turkey flag map. The flag is called Ayyıldız (moon-star) or Albayrak (red flag). The Turkish flag is referred to as Alsancak (red banner) in the Turkish national anthem. The star and the moon are two sky elements symbolizing the Tengriist beliefs of the sky-worshiping ancient Turks. In Turkic Mythology four colors are associated with four cardinal directions such as "gök-blue" (east), "ak-white" (west), "al-red" (south) and "kara-black" (north).

Turkey flag colors represent the direction towards the zenith where the Tengri is residing in the sky. Red and white colors on the flag of Turkey symbolize the south-western branch of Turks called Oghuzes who are the founders of present-day Turkey as well as Azerbaijan, Turkmenistan and Gagauzia as its mentioned in Turkey flag map. Black Sea and Turkish/Qırımtatar names of Mediterranean (Akdeniz) got their name from the same mythology; Karadeniz being in the north and Akdeniz being in the west respectively. Turkestan flag is similar to Turkey, with only difference being blue.

The current design of the Turkish flag is directly derived from the late Ottoman flag, which had acquired its final form in 1844 as you can see in Turkey flag map. Its measures have passed by a law during the Republic period on May 29, 1936 which formed the shapes and measures of the current flag of the Republic of Turkey.