You can find on this page the blank map of Turkey to print and to download in PDF. The contours map of Turkey presents the international boundary of Turkey in Asia. You can use the vector map of Turkey for personal or educational use.
The country of Turkey is 1565 km (970 miles) east to west and 550 km (400 miles) north to south at its widest points as its shown in Turkey blank map. 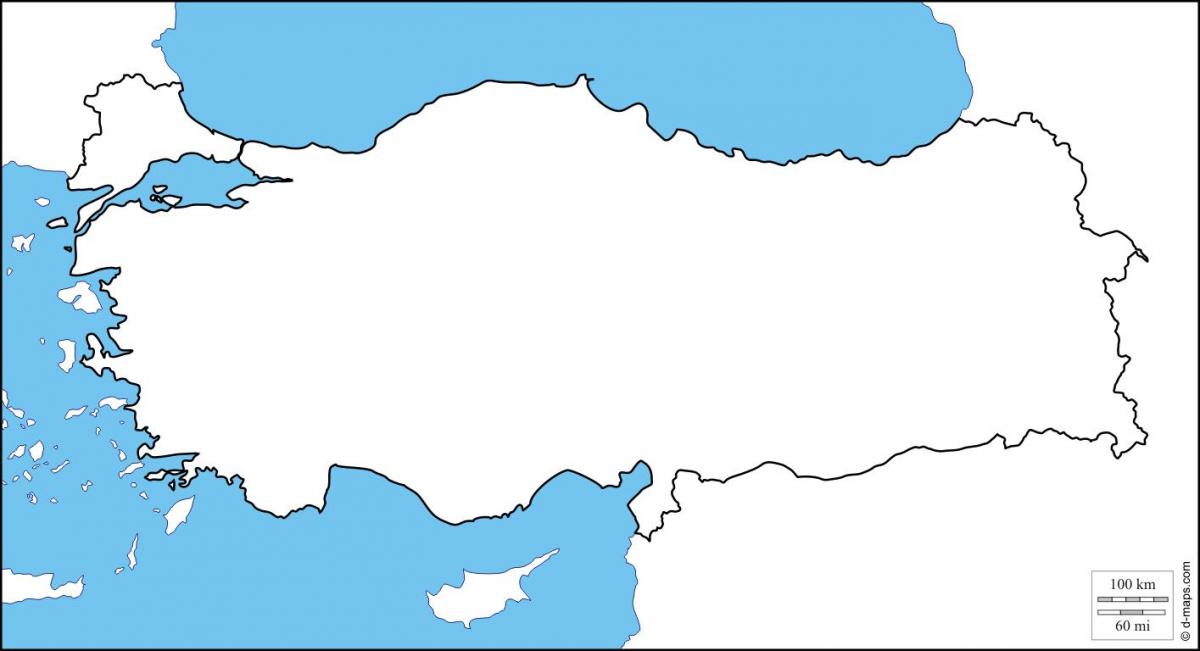 Turkey coastline as its mentioned in the blank map of Turkey are: 7,200 km (4,474 mi) Maritime claims: exclusive economic zone: in the Black Sea only: to the maritime boundary agreed upon with the former USSR territorial sea: 6 nmi (11.1 km; 6.9 mi) in the Aegean Sea; 12 nmi (22.2 km; 13.8 mi) in Black Sea and in Mediterranean Sea. Surrounded by water on three sides and protected by high mountains along its eastern border, the country generally has well-defined natural borders. Its demarcated land frontiers were settled by treaty early in the twentieth century and have since remained stable.

The blank map of Turkey would provide you the outer boundaries of the country as a guide to draw the map. With an area of 783,562 km², the country is more than twice the size of Germany or slightly smaller than the U.S. states of Texas and Louisiana combined. Turkey has a population of 82 million people (in 2018), largest city is Istanbul, second largest city and the national capital is Ankara, spoken languages are Turkish (official), Kurdish, and Arabic.

The major part of the country of Turkey lies in the Anatolian Plateau of Western Asia while a small part is located on Southeastern Europe Balkan Peninsula as its shown in the blank map of Turkey. The Turkish Straits (Bosphorus and Dardanelles) and Sea of Marmara separate the European part of Turkey called East Thrace from Anatolia. Turkey is located in the Northern and Eastern Hemispheres of the Earth. 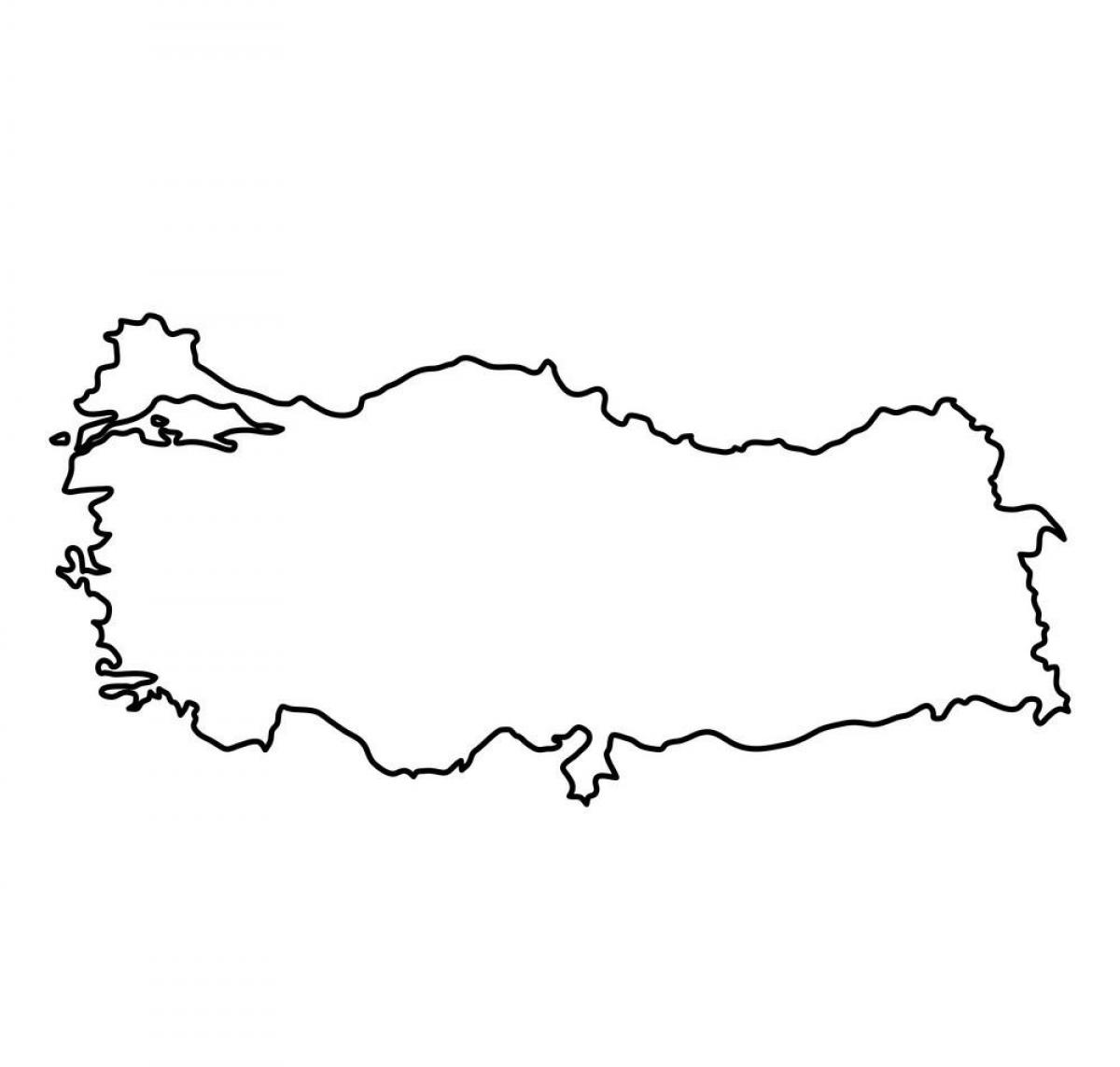 The Turkey map outline shows all the contours and international boundary of Turkey. This outline map of Turkey will allow you to easily learn about neighboring countries of Turkey in Asia. The Turkey contours map is downloadable in PDF, printable and free.

Land boundaries as its shown in Turkey map outlines are as follow: 2,627 km (1,632 mi) border countries: Greece 206 km (128 mi), Bulgaria 240 km (149 mi), Georgia 252 km (157 mi), Armenia 268 km (167 mi), Nakhchivan (Azerbaijan) 9 km (6 mi), Iran 499 km (310 mi), Iraq 331 km (206 mi), Syria 822 km (511 mi). This blank outline map represents the Asian territory of Turkey. The European part which is only a small portion of the country is separated from the Asian section by the Turkish Straits. It can be downloaded, printed, and used for coloring or map-pointing. The outline map represents the Asian part of Turkey, a transcontinental country in Eurasia. The European part of the country extends to the west but is separated from the Asian part by the Turkish Straits.

The Turkish borders were highly militarized throughout the 20th century and remain so today as its mentioned in Turkey map outlines: despite the short-lived Balkan Pact of 1934 between Turkey, Greece, Romania, and Yugoslavia, relations between Ankara and Athens were often tense; the borders with Bulgaria and in the Caucasus were heavily militarized during the Cold War, as were the borders with Iran, Iraq, and Syria, which divide Kurdistan into four state entities. The Armenian-Turkish border has remained closed since the Karabakh conflict between Yerevan and Baku (1988-1994), which intensified after the dissolution of the USSR in December 1991.

Turkey map outlines shows Turkey, officially the Republic of Turkey, a country on the Anatolian peninsula in western Asia with a small enclave in Thrace in the Balkan region of southeastern Europe. Turkey is bounded by the Aegean Sea in the west, by the Mediterranean Sea in the south and by the Black Sea in the north. The country is bordered by Armenia, Iran, and Azerbaijan (exclave of Nakhchivan) in the east, by Georgia in the northeast, by Bulgaria and Greece in the northwest, and by Iraq, and Syria in the southeast. Turkey shares maritime borders with Cyprus, Egypt, Northern Cyprus, Romania, Russia, and Ukraine. 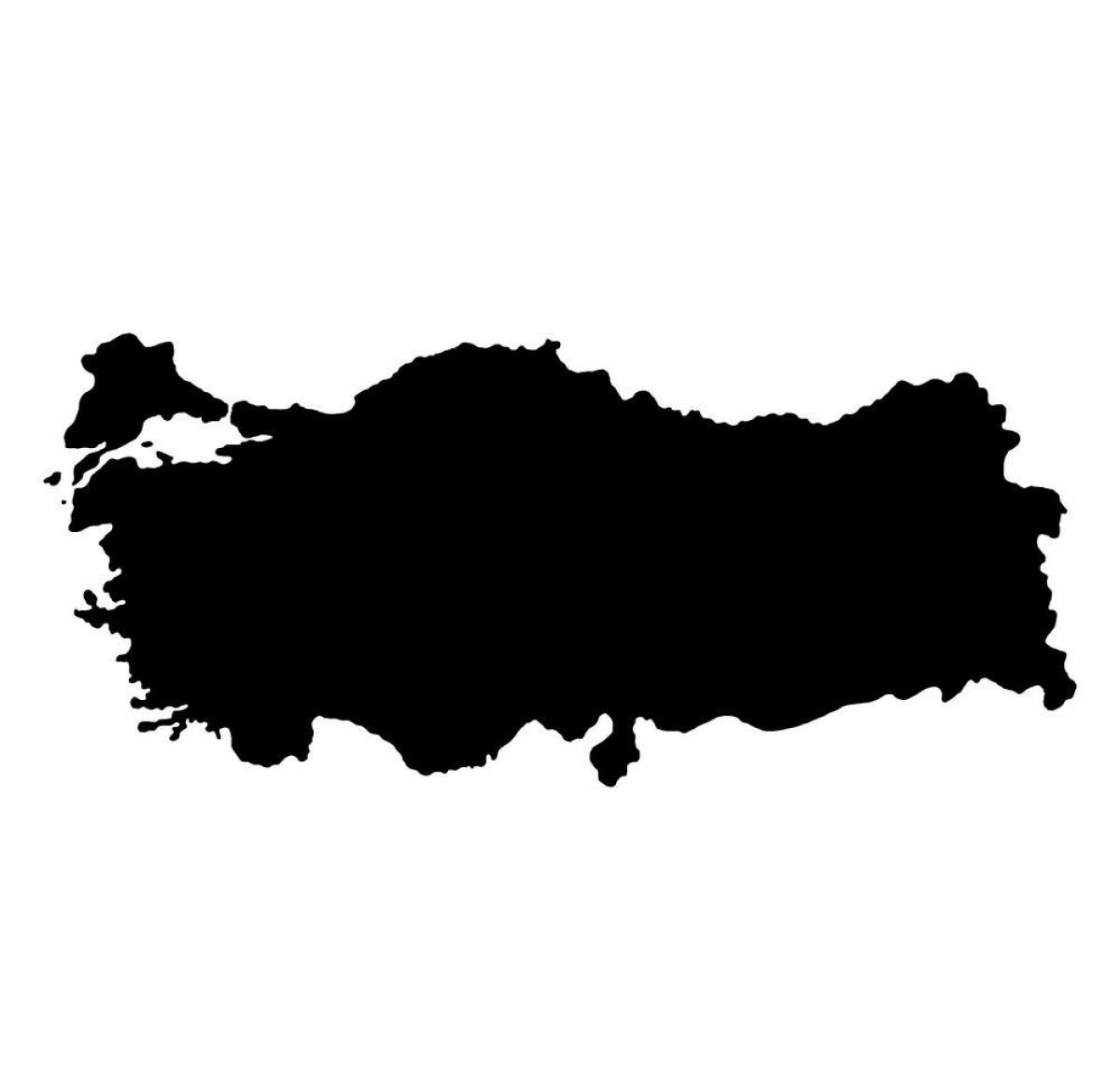 Anatolia (Turkish: Anadolu) is a large, roughly rectangular peninsula situated bridge like between Europe and Asia as its shown in Turkey map vector. The Anatolian part of Turkey accounts for 97% of the country area as you can see in Turkey map vector. It is also known as Asia Minor, Asiatic Turkey or the Anatolian Plateau. The term Anatolia is most frequently used in specific reference to the large, semiarid central plateau, which is rimmed by hills and mountains that in many places limit access to the fertile, densely settled coastal regions.

Turkey occupies a rectangular shaped peninsula of land at the crossroads between Europe, Asia and Africa; home to countless civilizations and a crossing point between the continents over several ages as its shown in Turkey map vector. Turkey is situated on two continents, 3% in Europe (Thrace) and the remainder of the landmass, including Anatolia, in Asia and Istanbul is the only city in the world straddled on two continents, separated by the Bosphorus strait, which runs from the Black Sea through Istanbul and into the inland Sea of Marmara which flows through the Dardanelles and out to the Aegean.

Turkey was "a remarkably rectangular country as its mentioned in Turkey map vector. Turkey is 15th; Egypt is the most rectangular. The rectangularness of a country as its maximum percentage overlap with a rectangle of the same area, working in the equirectangular projection (i.e., x = longitude, y = latitude).