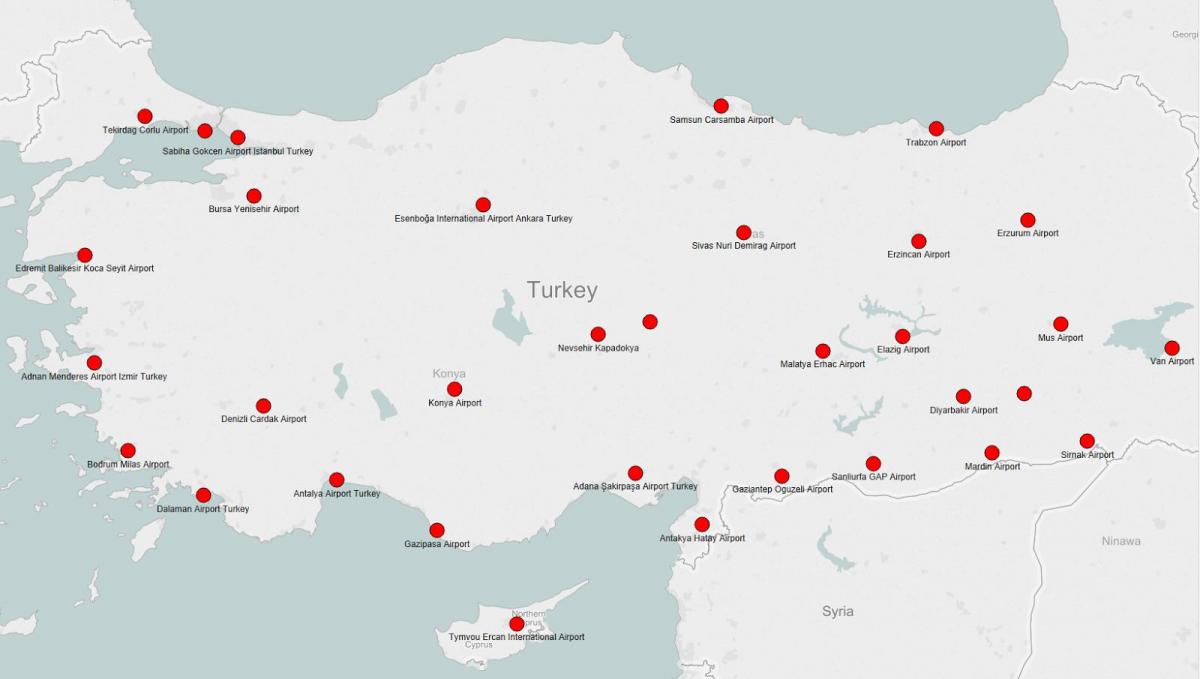 The Turkey airports map shows location of airports in Turkey. This airports map of Turkey will allow you to determine which airport you will used to leave or arrive in Turkey in Asia. The Turkey international airports map is downloadable in PDF, printable and free.

There are currently 57 airports in Turkey as its mentioned in the map of Turkey airports. Of these airports, 33 offer both domestic and international flights, while 13 offer regional flights across Turkey. Turkey national carrier, now private, Turkish Airlines, covers all of these airports from most major airports in Europe, USA, Russia, Far East and the Middle East. Flying to and from Turkey using an international airport has never been easier.

Turkey main airports are Istanbul Ataturk Airport and Sabiha Gokcen International Airport where most of the international traffic arrives as you can see in the map of Turkey airports. The new airport under construction, to be the largest in the world. The operation of Turkey airports and the organization and control of the air traffic in Turkey airspace are handled by the General Directorate of the State Airports Authority of Turkey (DHMI). The capital Ankara is little visited by tourists, in contrast to the Turkish coastal towns such as Antalya, Alanya, Bodrum and Marmaris.