You can find on this page the old map of Turkey to print and to download in PDF. The ancient Turkey map presents the past and evolutions of the country Turkey in Asia.
The old Anatolian peninsula, comprising most of modern Turkey, is one of the oldest permanently settled regions in the world as its mentioned in the old map of Turkey. 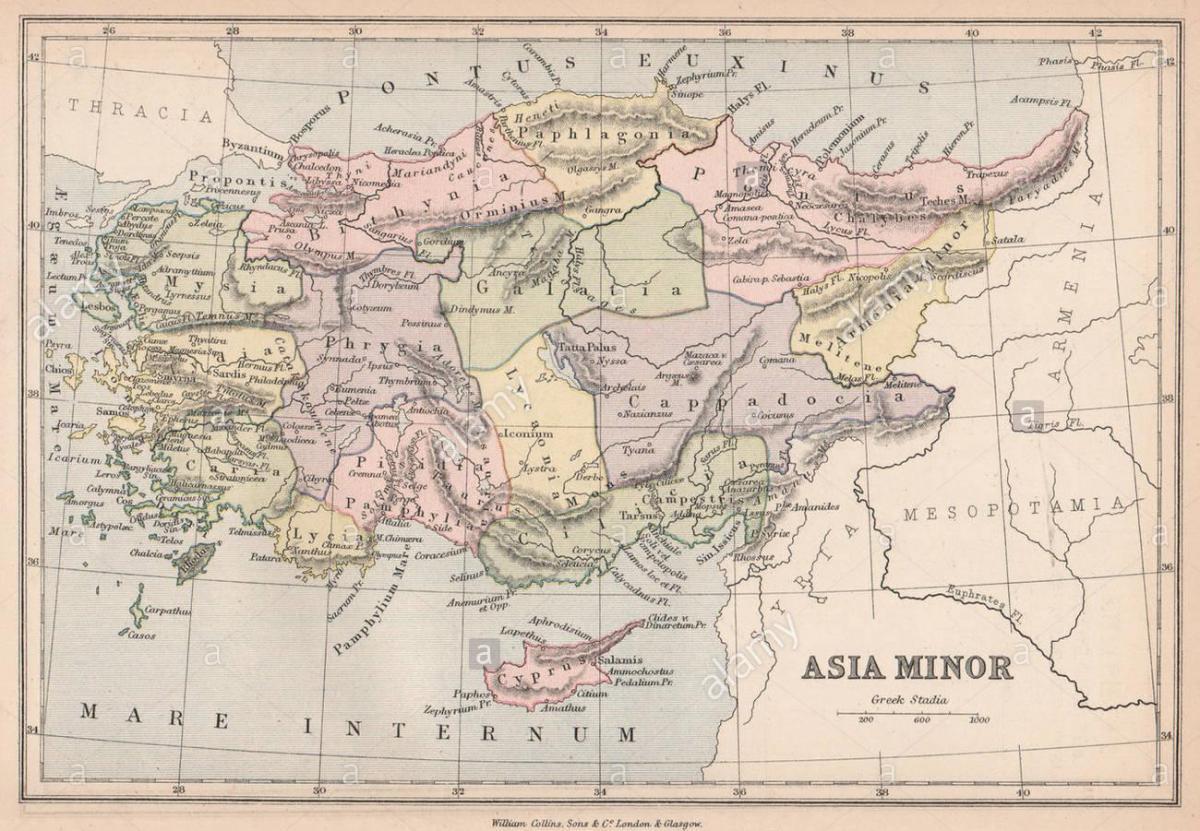 Various Ancient Anatolian populations have lived in Anatolia, beginning with the Neolithic period until conquest of Alexander the Great as its shown in the ancient Turkey map. Many of these peoples spoke the Anatolian languages, a branch of the larger Indo-European language family. In fact, given the antiquity of the Indo-European Hittite and Luwian languages, some scholars have proposed Anatolia as the hypothetical center from which the Indo-European languages radiated. European part of Turkey, called Eastern Thrace, has also been inhabited since forty thousand years ago, and entered Neolithic by about 6000 B.C. with its inhabitants starting the practice of agriculture.

The earliest recorded inhabitants of ancient Turkey or Anatolia were the Hattians and Hurrians, non-Indo-European peoples who inhabited central and eastern Anatolia, respectively, as early as ca. 2300 BC as you can see in the ancient Turkey map. Following the collapse of the Hittite empire c. 1180 BC, the Phrygians, an Indo-European people, achieved ascendancy in Anatolia until their kingdom was destroyed by the Cimmerians in the 7th century BC. Starting around 1200 BC, the coast of Anatolia was heavily settled by Aeolian and Ionian Greeks. Numerous important cities were founded by these colonists, such as Miletus, Ephesus, Smyrna (modern İzmir) and Byzantium (later Constantinople and Istanbul), the latter founded by Greek colonists from Megara in 657 BC.

Anatolia or ancient Turkey was conquered by the Persian Achaemenid Empire during the 6th and 5th centuries BC and later fell to Alexander the Great in 334 BC, which led to increasing cultural homogeneity and Hellenization in the area. Following Alexander death in 323 BC, Anatolia was subsequently divided into a number of small Hellenistic kingdoms as its shown in the ancient Turkey map (including Bithynia, Cappadocia, Pergamum, and Pontus), all of which became part of the Roman Republic by the mid-1st century BC. In 324, Constantine I chose Byzantium to be the new capital of the Roman Empire, renaming it New Rome (later Constantinople, modern Istanbul.) The House of Seljuk was a branch of the Kınık Oğuz Turks who resided on the periphery of the Muslim world, in the Yabghu Khaganate of the Oğuz confederacy, to the north of the Caspian and Aral Seas, in the 9th century.